Best Knee High Boots To Shop For This Winter 2021

Why We Chose To Make Our Own Sunglasses (and Gear)

Malcom Jubilee was born on October 2, 2000, at the Eastern Salisbury shore Maryland. Like many influential rap artists, his life story starts with him growing up in a broken family and spending his time in the streets at a very young age. Life for him and his father was not easy and there were many instances where he came in contact with drugs and bad role models. A situation many get stuck in for life. 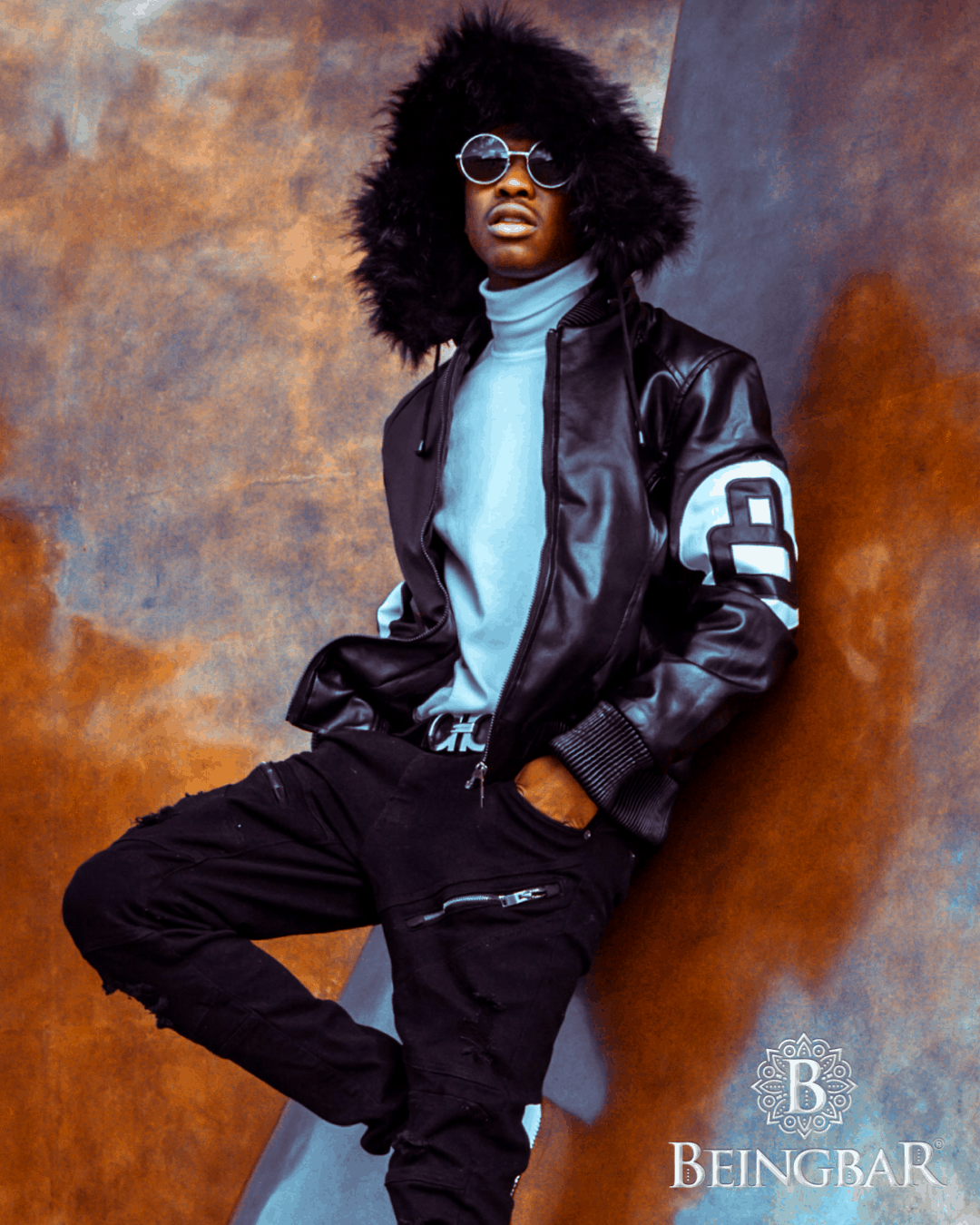 Deliberate choice to do better

At some point, he started to realize he had to make a choice: either continue on his current path or do better. Be better. From that moment on he distanced himself from his old lifestyle. Using his past experiences and energy to further ignite his passion and talent for what he loves most: rap music.

YNG Mac Jay will always tell you that he was not alone when he made this shift. As a praying man he is convinced that it was with the help of God that he turned things around. He "prayed to God and came to terms with his passion for rap.", as he will tell you.

YNG Mac Jay using past experiences to grow in his music

Popularly known as YNG Mac Jay in the LA music industry, Malcom Jubilee now is a rising star and promising rap and hip-hop artist today. He started rapping at the age of six, but it was not until his teenage years that he decided to dial it up a couple notches and pursue rap as a career. Since then, the now 20-year old rapper has been telling his life story through his music.

As a young talent and humble artist, YNG Mac Jay’s lyrics are significant and are given life by his unique flow. He injects a harmonic combination of rap and R&B mixed with specific hip-hop flavor. The result is always stand-out tracks that have captured rap enthusiasts from the East to the West coast. With some experts saying that his sounds are similar to the likes of Dave, Meek Mill, and J Cole, YNG Mac Jay is geared up to take the US urban scene by storm.

“Rap is my passion and my heart. Through rap, I tell my story - the good, the bad, and the ugly. My aim in life is to never give up on my dream, always push forward and fulfill my dreams...”

YNG Mac Jay's story - the good, the bad and the ugly

“Rap is my passion and my heart. Through rap, I tell my story - the good, the bad, and the ugly. My style of rap is a little bit of R&B mixed with Hip Hop flavor. My aim in life is to never give up on my dreams, always push forward and fulfill my dreams”, he further says. This quote is a direct link to the title of one of his latest tracks "Road To My Dreams".

His debut single track was titled “Remember Them Days”, a music track produced and released under the record label, “Tops Cut Off”. The young talent surprised many with his track, as they never realized he was truly talented until they heard him perform this song. In the first week of its release, the track gained more than 15,000 followers on Spotify. As of 2020, YNG Mac Jay has over 40K monthly listeners on Spotify. 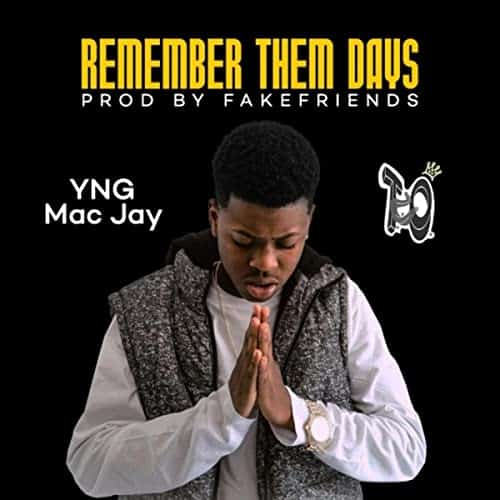 The newly found confidence of Malcom Jubilee led him to build his team and record label, called the YNG Band Camp. What really took YNG Mac Jay’s music career to another level is when he moved to Los Angeles and met LA-based producer Chase Bell (Chase is songwriter for the hit TV show Lucifer - red). Chase discovered the great potential in Malcom Jubilee, and they started recording tracks together. 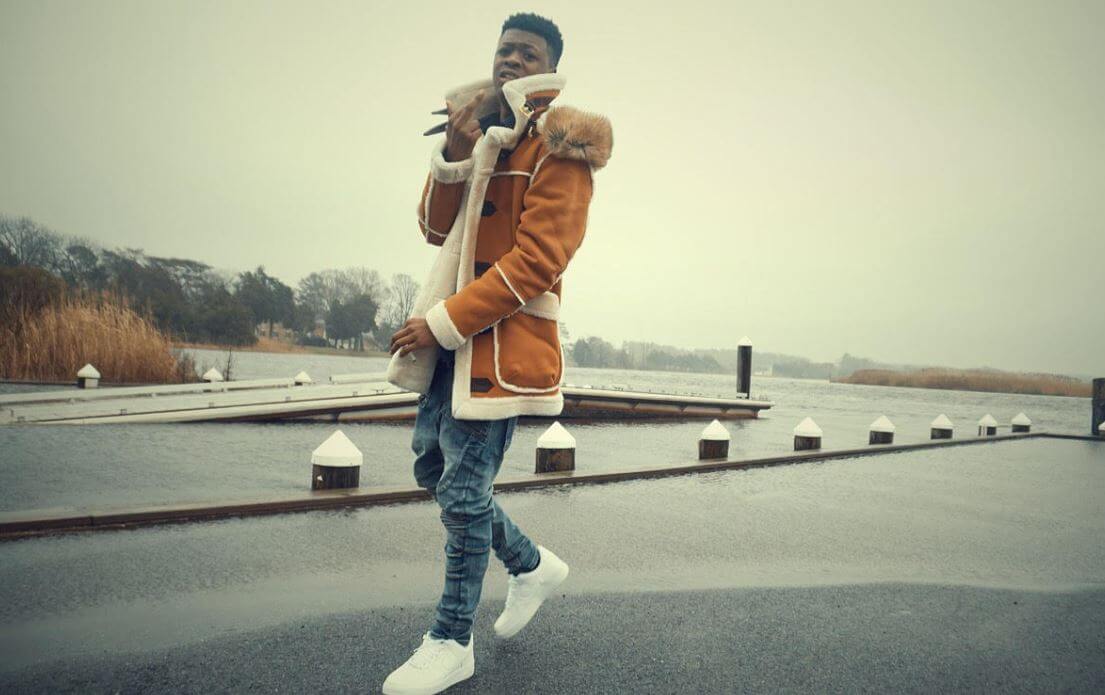 The first collaboration of the two titled “Fly As A Bee” was released on July 11, 2019, to all major digital platforms, and attracts a number of influences, both personal and musical. The track started as just a bedroom jam inspired by a YouTube beat but later changed into a full fledged studio track with a dominant rap overtone. Chase Bell was surprised because YNG Mac Jay nailed the track on the first take. The track is rich in hip hop flare and with the help of his producer; they added a layer of pop hints, which took this song into a new realm.

Road To My Dreams

After three months, Chase Bell invited YNG Mac Jay again to LA to record more tracks, which further ignited the duo’s productive collaboration. Since then, they have been hitting the studio and producing one track after the other.

YNG Mac Jay's music video "They F With Me", wearing his Beingbar shades

YNG Mac Jay’s ‘Falling Apart’ track has captivating lyrics. Its rap verses and flow are well balanced and crafted, highlighting the best of YNG Mac Jay’s abilities as a lyricist and rapper. The movement of beats in this track is flawless and perfectly tuned. The track gets indisputably better as it progresses. The hook and the music in the track unite well to grab and settle into the contemporary hip-hop landscape.

The track ‘Falling Apart’ is musically multifarious with a somewhat focused and interesting topic. Each section in the track works well that offers certain dynamics and holds the audience's attention tightly until the end. He never attempts to copy but to make something that is exceptional.  The overall vibe in the track is calm and smooth.

The track - I Love LA

The single track, “I Love LA”, featuring the phenomenal artist Korynn OC and the producer Chase Bell himself, received thousands of views on YNG Mac Jay’s YouTube channel. YNG Mac Jay also released "They F With Me", which was shot in NYC and co-written with Chase, produced by Chase, and directed by Chase. 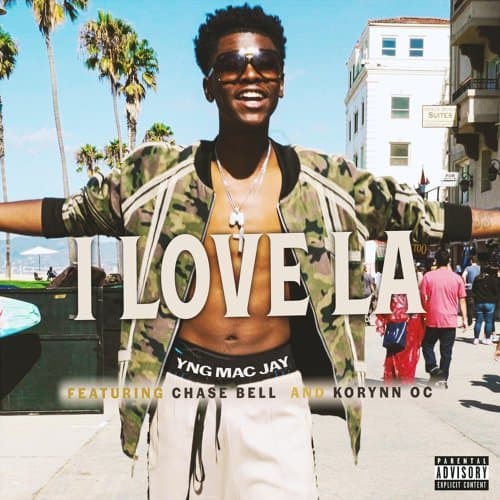 YNG Mac Jay currently has more than 17.3k followers on Instagram (@yngmacjay) and a growing base on twitter (@YNGBANDCAMP). He has met and collaborated with some famous personalities in his music career, like the well-known fashion designer, Perry White who designed his outfit for the “I Love LA” music video. He also met the famous videographer, Louie Gooie, the man who shot the video for rap legend Nipsey Hussle, and other famous artists.

Malcom Jubilee has gone a long way in his career, from recording little tracks to being in Hollywood working with professionals. He is not shy about wanting to do more with his talent. His latest single “Road to my Dreams” is on Youtube and other platforms. You can check it out.

So, why do we write such an extensive article about YNG? Well, because BEINGBAR supports true music talent whenever we can. And YNG Mac Jay loves our shades. He wears them in several of his music videos. And if you follow him on social media, you can see him wear our eyewear regularly.

Whenever he has new tracks, albums or music videos, we will update you right here in our blog!

This concludes this article about the rise to fame of L.A. rap artists YNG Mac Jay.
Are you interested to read more posts and articles about artists and celebrities endorsing the BEINGBAR Eyewear brand? Here are some suggestions:

Are you interested in reading more about eco-friendly high quality shades? And more specifically about sunglasses that are different by design and take a different approach? BEINGBAR shades are the ultimate high quality exclusive sunglasses. They  are made with natural materials and true principles.

For people who make their own conscious choices. Click here to read more. Or visit BEINGBAR.com

At BEINGBAR we walk the talk. Our journey started in 2011 and we set out to make sustainable fashion accessories and eyewear. It's the core pillar of what we do. We set out with a mission to create fashion gear that lasts and is not designed to fail and replace. We had an idea about how to do things better. And as a team we work hard to  perfect it and make it even better.

Most of our eyewear is made with fastgrowing bamboo elements and we avoid the use of plastics at all cost in products, production and logisics. And more importantly, we make sure or products are built to last, not to replace.

You can sign up and become a member for free! Just scroll down to the bottom and sign up. You will then receive regular updates whenever we post anything new.

Not sure the best way to get started? Follow these simple steps to hit the ground running:

Step #3 - Ordering and Maintenance of Your Sunglasses:

Step #4 - Connect With The Community:

Made To Last | Environmentally Friendly